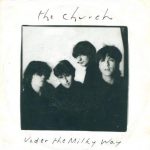 “Under the Milky Way”is a single by Australian alternative rock band The Church, released on 15 February 1988 and appears on their fifth studio album Starfish. The song was written by bass guitarist and lead vocalist Steve Kilbey and his then-girlfriend Karin Jansson of Curious (Yellow). It peaked at No. 22 on the Australian Kent Music Report Singles Chart, No. 24 on the United States Billboard Hot 100, No. 25 on the New Zealand Singles Chart and appeared in the Dutch Single Top 100. At the ARIA Music Awards of 1989, the song won ‘Single of the Year’. It was issued simultaneously in both 7″ vinyl and 12″ vinyl formats by Arista Records (internationally) and Mushroom Records (Australian region). 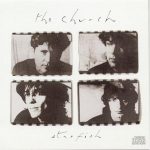