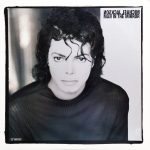 “Man in the Mirror” is a song recorded by Michael Jackson, with lyrics and music by Glen Ballard and Siedah Garrett, and produced by Jackson and Quincy Jones. It was released in February 1988 as the fourth single from his seventh solo album, Bad (1987). Arranged with a gospel choir, the song is played in the keys of G major and A♭ major at a tempo of 100 bpm. The vocal range is A♭3–C6.

“Man in the Mirror” topped the Billboard Hot 100 for two weeks, becoming Jackson’s tenth number-one single on the chart, and was certified 3x Platinum by the Recording Industry Association of America (RIAA). It was nominated for Record of the Year at the 31st Grammy Awards. The song peaked at number 21 in the UK Singles Charts in 1988, but in 2009, following the news of Jackson’s death, the song peaked at number 2. The song was remixed for the soundtrack of Jackson’s tribute tour Immortal.

The “Man in the Mirror” music video was directed, produced and edited by Don Wilson. Don and Michael Jackson developed the idea for the video. Larry Stessel who was Video Commissioner at Epic Records at the time was the Executive Producer. It features a montage of clips of children in Africa, Adolf Hitler, the Ku Klux Klan, Martin Luther King Jr., the Kent State shootings, Mother Teresa, Mahatma Gandhi, Nelson Mandela, Lech Wałęsa, kids in Graduation, and other historical figures.