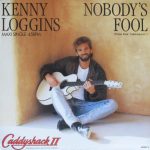 “Nobody’s Fool”, sometimes titled “Nobody’s Fool (Theme from Caddyshack II)”, is a song by American pop singer Kenny Loggins, from the 1988 golf comedy film Caddyshack II. Written by Loggins and Michael Towers, the song reached the Top 10 of the U.S. singles chart. It also appeared as the lead track on Loggins’ 1988 studio album Back to Avalon. It was the last U.S. Top 10 for Loggins to date. 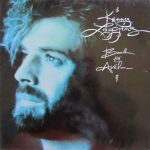