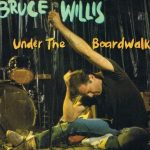 “Under the Boardwalk” is a pop song written by Kenny Young and Arthur Resnick and recorded by The Drifters in 1964. It charted at number four on the Billboard Hot 100 chart on August 22, 1964. The song has since been covered by many other artists, with versions by Billy Joel, Bette Midler, the Tom Tom Club, The Rolling Stones, Billy Joe Royal, Bruce Willis, and Lynn Anderson all charting in the United States or overseas. The song ranked #489 on Rolling Stone’s list of The 500 Greatest Songs of All Time.

“Under the Boardwalk” has since been covered by many artists, including Bette Midler, and the Tom Tom Club (whose version reached #22 in the UK Top 40 in 1982, becoming the first version of the song to chart in Britain). Versions by Billy Joe Royal, Bruce Willis (a #2 success in the UK), and Lynn Anderson (#24 on the Country singles) all reached the Billboard charts. 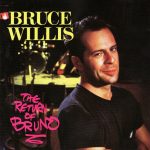