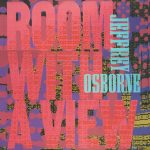 “Room with a View” is the third single by Jeffrey Osborne from his album Emotional, released in 1986. It reached #96 at the UK Charts.

Emotional is the fourth album by R&B musician Jeffrey Osborne. Produced by Osborne, Rod Temperton, Richard Perry, T. C. Campbell, Michael Masser, and George Duke, Emotional contains Osborne’s biggest pop hit, “You Should Be Mine (The Woo Woo Song).” The track peaked at #13 on the Billboard Hot 100 and #2 on both the R&B […]