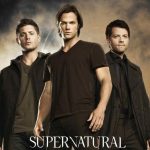 Supernatural is an American dark fantasy television series created by Eric Kripke. It was first broadcast on September 13, 2005, on The WB, and subsequently became part of successor The CW’s lineup. Starring Jared Padalecki as Sam Winchester and Jensen Ackles as Dean Winchester, the series follows the two brothers as they hunt demons, ghosts, monsters, and other supernatural beings. The series is produced by Warner Bros. Television, in association with Wonderland Sound and Vision.

Supernatural features a synthesized orchestral score, although traditional acoustic instruments such as guitars and cellos are used at times. Special instruments have also been used in specific episodes, such as “bluesy gospel music” played on a broken-down piano in the faith-healing episode “Faith”. Unlike other television shows, the series features two composers: Christopher Lennertz and Jay Gruska. Each composer scores every other episode, giving them extra time to write the scores, which usually end up being around 30 minutes per episode. They write themes for their own episodes and characters and work with one another if there is overlap between episodes. They try to base the music on the visuals of the episode, such as in the episode “Dead in the Water”, in which off-angle shots are accompanied by repetitive and discordant notes, and spoken words such as “water” and “die” are followed by a lower pitch to create a “gurgly” sound. While there are similarities in the scores for situations such as the brothers and their father, about a third of each episode’s score is newly written for the series