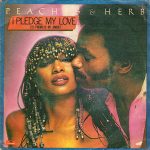 The song had an unusually long chart run, spending five months on the U.S. charts and six months on the Canadian charts. Billboard ranked it as the 80th biggest U.S. hit of 1980. “I Pledge My Love” also reached number one on the New Zealand Singles Chart for one week in May of 1980 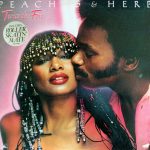