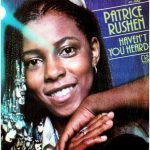 Pizzazz is the fifth album by American singer Patrice Rushen. While she was attacked for leaving the jazz genre, Rushen was able to get a good fan base with R&B/Pop audience. Rushen’s profile in the R&B world continued to increase with Pizzazz, her second album for Elektra Records and fifth overall. Pizzazz was her second […]