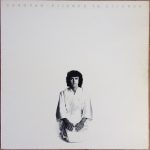 Essence To Essence is the eleventh studio album, and thirteenth album overall, from British singer-songwriter Donovan. It was released in both the UK  and the U.S.  in December 1973.

By late 1973, Donovan abandoned the style of glam rock featured on his Cosmic Wheels album earlier that year. Andrew Loog Oldham was brought in (replacing Mickie Most) to co-produce Donovan’s next album, which would highlight the subdued style of his previous work. Many of the songs were released on Live in Japan: Spring Tour 1973, but that album was not released outside Japan.

In a clear sign of Donovan’s waning popularity, Essence to Essence became the third Donovan album after H.M.S. Donovan and earlier Fairytale to fail to reach the top 25 in the U.S. charts. Essence to Essence missed the UK album charts altogether and peaked at #174 in the United States.

On Essence to Essence, Donovan focuses on spirituality and meditative lyrics. The album art features Donovan clothed in white robes, kneeling as in meditation. While the album was derided as a critical failure at the time of its release, many of the songs went on to form a major part of Donovan’s live repertoire throughout the 1970s and 1980s.

4 There Is An Ocean

5 The Dignity Of Man

7 The Divine Daze Of Deathless Delight

8 Boy For Every Girl

10 Life Is A Merry-Go-Round