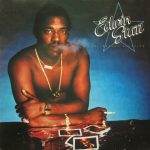 Afternoon Sunshine is an album by Edwin Starr, released in 1977.

Edwin Starr (January 21, 1942 – April 2, 2003) was an American soul singer. Ewin Starr is famous for his Norman Whitfield-produced Motown singles of the 1970s, most notably the number one hit “War”.

Edwin Starr was born in Tennessee and raised in Ohio, and later lived in Detroit while singing for Ric Tic and Motown Records. Besides “War”, Starr’s songs “25 Miles” and “Stop the War Now” were also major successes in the 1960s. Starr’s career shifted to the United Kingdom in the 1970s, where he continued to produce music, living there until his death.

5 I Just Wanna Do My Thing