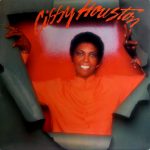 Cissy Houston is the second studio album by American soul/gospel singer Cissy Houston, released in 1977 on Private Stock Records as the follow-up to her debut album, Presenting Cissy Houston. The original recording was re-mastered and includes extensive liner notes and re-released on CD under Cherry Red Records in 2013.  The album was produced and arranged by Michael Zager and features pop/soul cover versions of Elton John’s “Your Song”, “Make It Easy on Yourself”, written by Burt Bacharach and Hal David, as well as covers of “He Ain’t Heavy, He’s My Brother” and “Tomorrow” from the musical Annie.