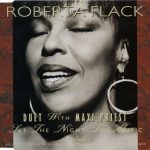 “Set the Night to Music” is a song written by Diane Warren and recorded by Starship on their LP, No Protection (1987). It became a major hit for Roberta Flack in 1991. Starship’s original version became a Top 10 hit on the U.S. Billboard Adult Contemporary chart, reaching number nine in the spring of 1988, and also charted minorly in Canada.

Set the Night To Music is an album released by Roberta Flack in 1991 on Atlantic Records. The title track, written by Diane Warren and originally the 11th track of Starship’s 1987 album No Protection, was remade as a duet with Maxi Priest and reached number 6 on the Billboard Hot 100 and number 2 […]