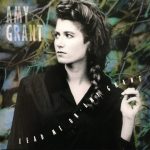 “Lead Me On” is a 1988 single by Christian music singer Amy Grant. It was released as the second single from the Lead Me On album.

“Lead Me On” was written by Amy Grant, Wayne Kirkpatrick, and Michael W. Smith. It is a fiery song, both in terms of lyrics and in music. The lyrics, according to Grant, deal abstractly with slavery and the Holocaust. The lyrics also talk about man’s relation to these events and man’s relation to man. The message of the song makes it very strong, unusual for Amy Grant, who was known as a pop/contemporary artist with meaningful, but light lyrics. The music only adds to the drama of the lyrics. This is helped along by the unusual time signature of the verses, with odd-numbered bars adding heightened tension. The intro on the album version is also in 6/8 and 4/4 simultaneously. It is mostly electric guitar, in stark contrast to the natural sounding songs on the rest of the Lead Me On album. 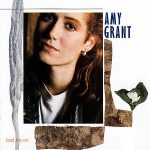