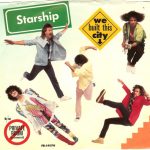 “We Built This City” is a 1985 song written by Bernie Taupin, Martin Page, Dennis Lambert and Peter Wolf, and originally recorded by US rock group Starship and released as their debut single on their album Knee Deep in the Hoopla.

Commercially, the single reached number one in Australia, Canada and the United States; the top 10 in Germany, Ireland, Sweden and Switzerland; the top 20 in Belgium, New Zealand and the United Kingdom; and number 21 in Austria and the Netherlands. It has appeared on several “worst song” lists, topping a 2011 Rolling Stone poll of worst songs of the 1980s by a wide margin. 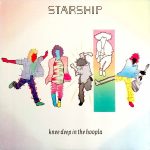