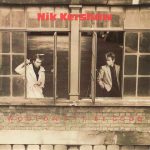 “Wouldn’t It Be Good” is a song by English singer-songwriter Nik Kershaw. It was released one month prior to his debut studio album Human Racing. The release was Kershaw’s second single, and features the non-album track “Monkey Business” as the B-side, which was also released as a bonus track on the 2012 re-release of the album.

“Wouldn’t It Be Good” was the second single from Kershaw’s debut solo album Human Racing and turned out to be among his more popular single releases. It spent three weeks at #4 in the UK charts and became a hit throughout Europe, as well as a top 10 hit in Canada and Australia. Kershaw is also most closely associated with this song in the U.S., where it narrowly missed going Top 40. Kershaw performed this song at Live Aid in London’s Wembley Stadium in July 1985. 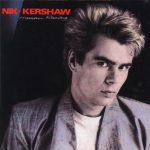