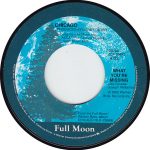 “What You’re Missing” is a song by Chicago from their 16 album. The song was written by Joseph Williams and Jay Gruska and reached #81 in US Billboard charts.

Chicago 16 is the thirteenth studio album by the American band Chicago, released on June 7, 1982. The album marked the beginning of a new era for Chicago. It is the first album in a decade-long association with new label Warner Bros. Records; the band’s first project to be produced by David Foster; and their […]