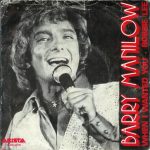 When I Wanted You” is a track from Barry Manilow‘s 1979 album, One Voice, with music and lyrics written by Gino Cunico. It was the second of three singles released from the LP, all of which became U.S. Top 40 hits.

It also reached number one on the Canadian AC chart. The song was recorded previously by Gino Cunico (the song’s composer) and the Addrisi Brothers.

One Voice is the sixth studio album by singer/songwriter Barry Manilow, released in 1979. It was recorded at United Western Studios and Allen Zentz Recording in Hollywood. The album was a signature of a minor decline in Manilow’s success. It reached 2x platinum, not 3x platinum, as his past six albums did. The album only […]