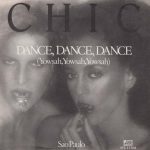 “Dance, Dance, Dance (Yowsah, Yowsah, Yowsah)” is a song by American R&B band Chic. It was the group’s first single and hit in the United States, reaching number 6 on both the pop and R&B charts. In addition, along with the tracks “You Can Get By” and “Everybody Dance”, the single reached number one on the disco charts. Luther Vandross provided backup vocals. He was working as a session vocalist at the time.

The “yowsah, yowsah, yowsah” part of the title, which appears as a spoken interjection in the middle of the song, originated with the American jazz violinist and radio personality Ben Bernie, who popularized it in the 1920s. The phrase was revived in 1969 by They Shoot Horses, Don’t They?, a film about a Depression-era dance marathon. 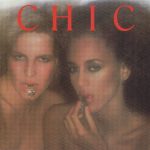