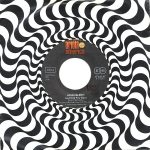 “Anything You Want” is a single by John Valenti, from the same titled album, released in 1976. It’s his only single that reached the US Billboard and peaked at #37.

Anything You Want is an album by John Valenti, released in 1976. John Valenti (born John LiVigni) is an American singer-songwriter from Chicago, Illinois. He began his career as John Li Vigni with a cover of Stevie Winwood’s “Gimme Some Lovin,” released on Raintree Records in 1971. He then became lead singer and writer for […]