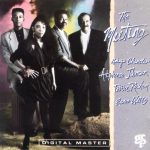 The Meeting was the first album release from a collaboration of musicians R&B keyboardist/singer Patrice Rushen, saxophonist Ernie Watts, bassist Alphonso Johnson and drummer Leon “Ndugu” Chancler. The recording was the end product of several years of live interaction between the four, often backing other artists. The album is representative of early ’90s jazz fusion. The band would record a follow-up entitled Update (without Johnson) which was released in 1995 on the little-known Hip-Bop label. It has been out of print for many years and remains a rare find. Patrice Rushen’s next solo album would be Anything but Ordinary in 1994.