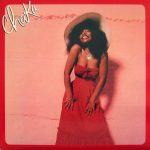 Chaka is the debut solo album by American R&B/funk singer Chaka Khan, released on the Warner Bros. Records label in 1978.

Two singles were released from Chaka, the first being her anthemic solo debut “I’m Every Woman”, one of Khan’s signature tunes alongside “Ain’t Nobody” (1983) and “I Feel For You” (1984). The song has over the past three decades been re-released, remixed and covered a number of times, most notably by Whitney Houston in 1992 for the soundtrack album The Bodyguard, then featuring guest vocals by Khan herself and topping Billboard’s Hot Dance Music/Club Play chart. A remix of Khan’s original recording was also a Top Ten hit in the U.K. in 1989. The remix was included on the compilation Life is a Dance – The Remix Project, the title track of which was the second single release from the Chaka album in early 1979 (US R&B #40). The album also features the ballad “Roll Me Through the Rushes”, never commercially released as a single but still receiving considerable airplay in 1979, as well as Khan’s cover version of Stevie Wonder’s “I Was Made To Love Her”, re-titled “I Was Made to Love Him”.

2 Love Has Fallen On Me

3 Roll Me Through The Rushes

5 Life Is A Dance

6 We Got The Love

9 The Message In The Middle Of The Bottom