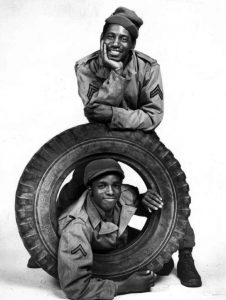 Roll Out is an American sitcom that aired Friday evenings on CBS during the 1973-1974 television season. Starring nightclub comedian Stu Gilliam and Hilly Hicks, and featuring Ed Begley Jr. and Garrett Morris, the series was set in France during World War II and was loosely based on the 1952 film Red Ball Express.

Actor Jimmy Lydon, familiar as a juvenile lead in the 1940s, was cast as an Army captain. His character’s name was Henry Aldrich; the same name he used in Paramount’s comedy features of the forties.