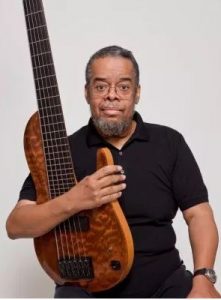 Anthony Jackson has been a distinctive voice on the electric bass since entering the scene in New York City. He began playing the piano as a teen before switching to the guitar, and finally picking up the bass after being influenced by Motown bassist James Jamerson.

Jackson is a student of Jerry Fisher, Lawrence Lucie, and Pat Martino. He has performed live in more than 30 countries, and has recorded in more than 3000 sessions on more than 500 albums. His bass introduction for the O’Jays’ “For the Love of Money” (on their classic album Ship Ahoy) earned him a co-writer’s credit on the song alongside Gamble and Huff.