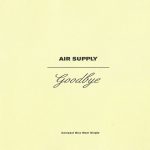 “Goodbye” is a song by English/Australian soft rock duo Air Supply, from their twelfth album The Vanishing Race. Released as a single in 1993, it was an Adult Contemporary chart hit, peaking at #48. In the UK, the song peaked at #66. The song was more successful in Asia, particularly in the Philippines and Indonesia.

The Vanishing Race is the twelfth album by Australian soft rock band Air Supply, released in 1993. Although the album failed to reach the US charts, its single “Goodbye” did peak at #35 on the Adult Contemporary chart. The album became especially relevant in Asia, where singles “Goodbye”, which reached #1 in several Asian countries, […]