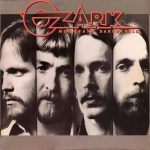 The Ozark Mountain Daredevils are an American Southern rock/country rock band formed in 1972 in Springfield, Missouri, United States. They are most widely known for their singles “If You Wanna Get to Heaven” in 1974 and “Jackie Blue” in 1975.

By 1979 the group had moved over to Columbia Records and put out the self-titled Ozark Mountain Daredevils in May 1980. This album, recorded in Los Angeles, was produced by famed Country rock pioneer producer John Boylan and did not feature Chappell or Canaday, and Walle only contributed slide guitar to a few songs, since Boylan insisted on bringing in session players for a more typical “California Country rock laid back sound”, which was popular at the time. But Country rock’s popularity seemed to be on the wane at the dawn of the 1980s as groups such as the Ozarks, Poco and Firefall saw their sales begin to slip away. The album saw the band moving away from country towards a harder rock sound. But it failed to find many takers at the record stores and Columbia dropped the group after only one record