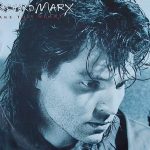 “Take This Heart” is a song by Richard Marx, the third single from his 1991 album Rush Street. It peaked at number twenty on the US Billboard Hot 100 while reaching number four on the Billboard Adult Contemporary chart. The song additionally reached the top 20 in Australia and the United Kingdom and peaked at number four in Canada.