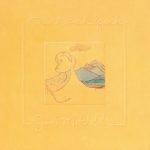 Court And Spark is the sixth studio album by Canadian singer-songwriter Joni Mitchell. It was an immediate commercial and critical success—and remains her most successful album. Released in January 1974, it has been described as pop, but also infuses Mitchell’s folk rock style, which she had developed through her previous five albums, with jazz inflections.

It reached No. 2 in the United States and No. 1 in Canada and eventually received a double platinum certification by the RIAA, the highest of Mitchell’s career. It also reached the Top 20 in the UK and was voted the best album of the year for 1974 in The Village Voice Pazz & Jop Critics Poll