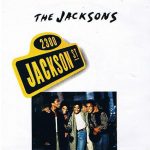 “2300 Jackson Street” is a 1989 single released by The Jacksons from their album of the same name. It is the only song on the album featuring Michael and Marlon Jackson, as they had left the group before further recording sessions. The song also features two of the Jackson sisters: Rebbie and Janet. “2300 Jackson Street” is about the Jackson family’s childhood home in Gary, Indiana. The track was written and composed by the Jacksons as well as Teddy Riley among others. It peaked on the US Billboard R&B singles chart at number 9.

2300 Jackson Street is the seventeenth and final studio album by American group The Jacksons, and their final album for record label Epic, released in the United States on May 28, 1989. This is the group’s first album without lead singer Michael Jackson, who had left the group along with older brother, Marlon Jackson. Their […]