1976 Steve Marcus – Sometime Other Than Now 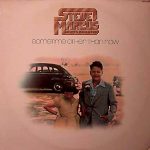 Sometime Other Than Now is an album by Steve Marcus, released in 1976 on Flying Dutchman.

His first album as a leader included an arrangement of the Beatles’ song “Tomorrow Never Knows”. He worked with jazz drummer Buddy Rich for the last twelve years of Rich’s life. After Rich died, Marcus led the band and renamed it Buddy’s Buddies