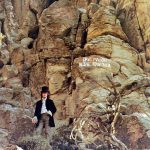 Alone Together is the debut solo album by former Traffic member Dave Mason, released in 1970. Mason was joined on the album by a roster of guest musicians, including Bonnie Bramlett, Leon Russell, Jim Capaldi, Rita Coolidge, Carl Radle and Jim Gordon. The song “Only You Know and I Know” reached number #42 on the Billboard charts in the US and was the record’s major commercial success