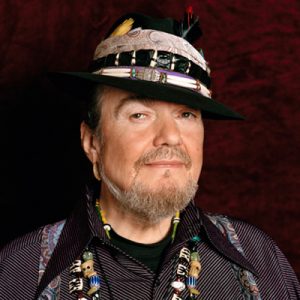 Active as a session musician from the late 1950s until his death, he gained a following in the late 1960s after the release of his album Gris-Gris and his appearance at the Bath Festival of Blues and Progressive Music. He performed a lively, theatrical stage show inspired by medicine shows, Mardi Gras costumes and voodoo ceremonies. Rebennack recorded more than 20 albums and in 1973 produced a top-10 hit, “Right Place, Wrong Time”.

The winner of six Grammy Awards, Rebennack was inducted into the Rock and Roll Hall of Fame by singer John Legend in March 2011. In May 2013, Rebennack received an honorary doctorate of fine arts from Tulane University.

Rebennack was born in New Orleans in 1941 of French heritage. Growing up in the Third Ward, he found early musical inspiration in the minstrel tunes sung by his grandfather and a number of aunts, uncles, sister and cousins who played piano. He did not take music lessons before his teens and endured only a short stint in choir before getting kicked out. His father, the owner of an appliance store and record shop, exposed him as a young boy to jazz musicians King Oliver and Louis Armstrong, who later inspired his 2014 release, Ske-Dat-De-Dat: The Spirit of Satch. Throughout his adolescence his father’s connections enabled him access to the recording rooms of rock artists, including Little Richard and Guitar Slim. He began to perform in New Orleans clubs, mainly on guitar, and played on stage with various local artists.

When he was about 13 years old, Rebennack met Professor Longhair. Impressed by the professor’s flamboyant attire and striking musical style, Rebennack soon began performing with him, and began his life as a professional musician. 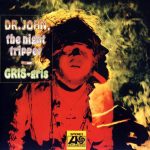 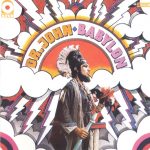 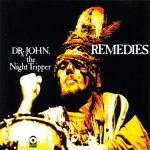 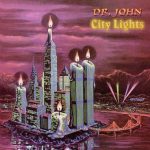 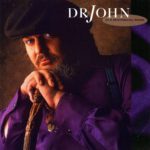 At age 16 Rebennack was hired by Johnny Vincent as a producer at Ace Records. There, he gained experience working with many artists, including James Booker and Earl King. While a struggling student at Jesuit High School, he was already playing in night clubs, something the Jesuit fathers disapproved of. They told him to either stop playing in clubs or leave the school; he chose the latter, and from then on focused entirely on music.

In late 1950s New Orleans, Rebennack gigged with local bands including Mac Rebennack and the Skyliners, (Paul Staele/Dennis “Bootsie” Cuquet, drums; Earl Stanley, bass; Charlie Miller, trumpet; Charlie Maduell, sax; Roland “Stone” LeBlanc, vocals), Frankie Ford and the Thunderbirds, and Jerry Byrne and the Loafers. He had a regional hit with a Bo Diddley-influenced instrumental called “Storm Warning” on Rex Records in 1959. At A&R he and Charlie Miller recorded monophonic singles on 45s for Johnny Vincent and Joe Corona for local labels Ace, Ron, and Ric. He oversaw the rhythm section while Miller wrote the horn arrangements and headed up the horns. This continued until Miller moved to New York and to study music formally.

Rebennack’s career as a guitarist was stunted circa 1960, when his left ring finger was injured by a gunshot during an incident at a Jackson, Mississippi gig. After the injury, Rebennack concentrated on bass guitar before making piano his main instrument, developing a style influenced by Professor Longhair.

He moved to Los Angeles in 1965 where he became a “first call” session musician in the Los Angeles studio scene in the 1960s and 1970s and was part of the so-called “Wrecking Crew” stable of studio musicians. He provided backing for Sonny & Cher (and some of the incidental music for Cher’s first film, Chastity), for Canned Heat on their albums Living the Blues (1968) and Future Blues (1970), and for Frank Zappa and the Mothers of Invention on Freak Out! (1966).