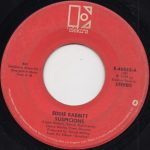 “Suspicions” is a country music song. It was originally recorded and released as a single in 1979 by Eddie Rabbitt from his album Loveline; his version was a Number One hit on the Billboard country music charts and a Top 20 hit on the Billboard Hot 100. The song saw renewed popularity in late 2007-early 2008, when Tim McGraw recorded and released a cover version on his album Let It Go.