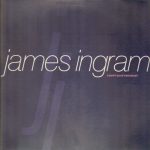 “I Don’t Have the Heart” is the title of a No. 1 hit song that was written by Allan Rich and Jud Friedman  and recorded by American R&B recording artist James Ingram. It is Ingram’s only number-one single as a solo artist on the US Billboard Hot 100, and his second number-one single overall, since the Patti Austin-featured “Baby, Come to Me”, which topped the Hot 100 in 1983. Ingram received a Grammy Award nomination for Best Male Pop Vocal Performance at the 33rd Grammy Awards in 1991 for the song.

Released as the fourth single from Ingram’s 1989 album It’s Real, “I Don’t Have the Heart” reached the top of the Billboard Hot 100 chart on October 20, 1990. The ballad remained at No. 1 for one week, and is his final Top 40 hit to date. Singer Stacy Lattisaw recorded the song as well, and her version was released on Motown Records at the same time as Ingram’s, although it was not as commercially successful

It’s Real is the title of the third full-length recording from American R&B singer-songwriter James Ingram. It was released in 1989 on Quest/Warner Bros. Records, and features the smash hit single “I Don’t Have the Heart”, which peaked at number 1 for 1 week. It also features a remake of the classic song “(You Make […]