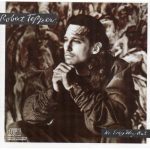 No Easy Way Out is the debut studio album from American singer-songwriter Robert Tepper, released by Scotti Brothers Records in 1986. It reached No. 144 on the US Billboard 200 chart.

Having signed with Scotti Brothers Records in 1985, Tepper’s debut album was preceded by the title track, which Stallone had heard and chose to feature on the soundtrack of his film Rocky IV. “Angel of the City” was also featured on the soundtrack of Stallone’s 1986 film Cobra.

In a 1997 interview with Stefan Edström for aor.nu, Tepper said of the album: “As a piece of work it really was part of the times, and the style was kind of progressive, people really hooked into it. As a work for eighties rock ‘n’ roll it was really strong, there was a lot of great songs on it.”

1 No Easy Way Out

2 Angel Of The City

8 If That’s What You Call Lovin’