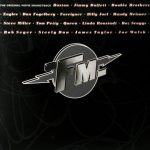 This film was produced by Universal Pictures and originally released to theaters in the spring of 1978.

The story unfolds across a background of concerts, broadcast music, appearances by various rock stars, and public appearances by the station’s DJs. A minor subtheme to the film is the competition between QSKY and another area radio station, KLAX. The major event of that subtheme occurs when Jeff arranges to broadcast a live concert by Linda Ronstadt that is being sponsored by a competing radio station. Another minor subtheme is the ongoing task of massaging egos of the various DJs to keep them happy and on the air.

Martin Mull appears in his feature film debut as a zoned-out record spinner. He plays Eric Swan, a libidinous disc jockey with eyes for everyone female. The character is self-centered, smarmy, quick tempered, and overbearingly insincere. During the course of the film, Swan beds a supposed girlfriend, encounters a female fan with a peculiar physical “gift”, and barricades himself in owing to a severe emotional breakdown due to his agent’s dropping him and his girlfriend’s leaving him, all within the confines of QSKY’s studio. Also rounding out the cast are Cleavon Little, who plays the Prince of Darkness, QSKY’s overnight host (Little had previously played a disc jockey in the 1971 film, Vanishing Point); Eileen Brennan as “Mother”, the 40-something nighttime DJ; Alex Karras as “Doc Holiday”, the midday DJ with the lowest ratings on the station who is eventually let go from the station; Cassie Yates as Laura Coe, who takes over Doc’s midday slot; and Tom Tarpey as new sales manager Regis Lamar, the bane of the disk jockeys’ existence. In addition, the film includes live appearances by Tom Petty & REO Speedwagon and live performances by Linda Ronstadt & Jimmy Buffett. Steely Dan performed the title theme, which became a sizable hit. The Eagles, James Taylor, Bob Seger, Dan Fogelberg, Billy Joel, and Queen were featured on the Platinum-plus soundtrack album.