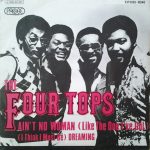 “Ain’t No Woman (Like the One I’ve Got)” is a 1973 hit single written by Dennis Lambert and Brian Potter, released as a single by The Four Tops on the ABC/Dunhill record label, from the album Keeper of the Castle. It reached number four on the U.S. Billboard Hot 100, number one on the Cash Box Top 100, and became a Gold record.

The song was originally recorded by the singing trio of Hamilton, Joe Frank & Reynolds and released on their 1972 album, Hallway Symphony.

The Four Tops’ hit version was led by longtime singer Levi Stubbs, and included special co-lead spots by the other Tops, Lawrence Payton, Renaldo “Obie” Benson and Abdul “Duke” Fakir, in that respective order during the song’s chorus. The song explains the love a man feels for the woman he’s in love with.

Their second single release on ABC after leaving Motown in 1972, the song became their most successful post-Motown Top 40 hit, reaching number four on the US Pop Singles chart. It was also another big success for the group on the US R&B Singles chart, where it peaked at number two. 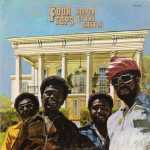