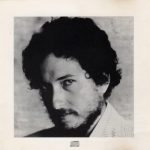 Coming only four months after the controversial Self Portrait, the more concise and immediate New Morning received a much warmer reception from fans and critics. Most welcome was the return of Dylan’s familiar, nasal singing voice. While he has a slightly nasal tone to his voice on “Alberta #1” from Self Portrait, this was the first full album with his familiar voice since John Wesley Harding in 1967, when he began singing with a country croon. In retrospect, the album has come to be viewed as one of the artist’s lesser successes, especially following the release of Blood on the Tracks in 1975, often seen as a fuller return-to-form.

It reached No. 7 in the US, quickly going gold, and gave Dylan his sixth and last UK number 1 album until Together Through Life in 2009. The album’s most successful song from a commercial perspective is “If Not for You”, which also was recorded by George Harrison, who had played guitar on a version of the song not released until 1991’s Bootleg Series Volume 2, and was also an international hit for Olivia Newton-John in 1971. Bryan Ferry also included the song on Dylanesque.