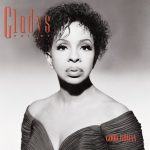 Good Woman is the third solo album by Gladys Knight, released in 1991, released on MCA.

Gladys Maria Knight (born May 28, 1944), known as the “Empress of Soul”, is an American singer, songwriter, actress, businesswoman, and author. A seven-time Grammy Award-winner,[3] Knight is known for the hits she recorded during the 1960s, 1970s, and 1980s with her group Gladys Knight & the Pips, which also included her brother Merald “Bubba” Knight and cousins Edward Patten and William Guest.

2 Meet Me In The Middle

4 Where Would I Be

6 Give Me A Chance

8 If You Only Knew