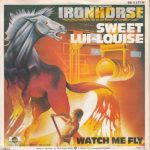 Ironhorse was a Canadian rock band from Vancouver.  They had a minor U.S. hit single in April 1979 with “Sweet Lui-Louise”, which peaked at #36 on the Billboard Hot 100 chart. In Canada, the song peaked slightly higher at #26. The same track reached #60 in the UK Singles Chart. 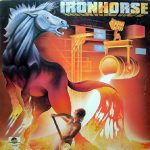