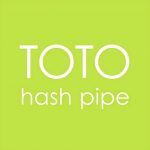 “Hash Pipe” is a song by American rock band Weezer. Released in 2001, it was the first single off the band’s long-awaited third album, Weezer (The Green Album).

After Weezer covered Rosanna and later Africa of Toto. Toto choose Hash Pipe as an answer to Weezer.

No album, Hash Pipe was released as single only.