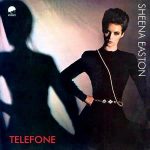 “Telefone (Long Distance Love Affair)” is a dance/pop single recorded by Scottish singer Sheena Easton, the first single released from her fourth album, 1983’s Best Kept Secret and written by Greg Mathieson and Trevor Veitch. In November 1984, Easton added “Telefono” to her Spanish album Todo Me Recuerda a Ti for the Latin markets. The song was nominated for a Grammy in 1983 for Best Female Pop Vocal Performance.

The song was most successful in the United States, where it became Easton’s fourth top 10 hit, peaking at number nine for two weeks in October and November 1983. The song was less successful in Easton’s native United Kingdom where it reached number 84.

The music video, shot in black and white, featured Easton in a haunted house and a cemetery, being pursued by Dracula, Frankenstein’s monster, and the Hunchback of Notre Dame before being rescued by King Kong.

In Mexico, the popular teen group Timbiriche released the same Spanish version. In the 2012 South Korean film Dancing Queen. Uhm Jung-hwa sang a cover of the song titled as “Call My Name”. 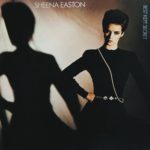