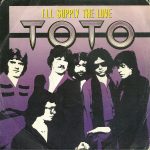 “I’ll Supply the Love” is a song written by David Paich and recorded by Toto, with a lead vocal by Bobby Kimball. It was issued on Toto’s debut album, Toto, and released as a single in February 1979. It peaked at number 45 on the U.S. Billboard Hot 100, where it spent nine weeks on the chart.

“I’ll Supply the Love” is also featured in the 2011 film Zookeeper. 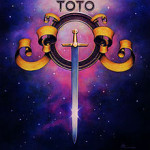