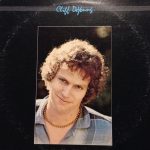 DeYoung was born in Los Angeles, California. He is a 1968 graduate of California State University, Los Angeles.
Prior to his acting career, he was the lead singer of the 1960s rock group Clear Light, which played the same concerts with acts such as The Doors, Jimi Hendrix, and Janis Joplin. After the band broke up, he starred in the Broadway production of Hair and the Tony Award-winning Sticks and Bones. After four years in New York, he moved back to California to star in the television film Sunshine (1973), about a young mother dying of cancer, and featuring the songs of John Denver. There was also a short-lived television series based on the film. The song “My Sweet Lady” from the film reached #17 on the Billboard Hot 100 Pop Chart in 1974. A sequel, Sunshine Christmas, was produced in 1977.

Since then, DeYoung has appeared in more than 80 films and television series, including Harry and Tonto (1974); The 3,000 Mile Chase (1977); Centennial (1978); Blue Collar (film) (1978) as an FBI agent; Shock Treatment, the 1981 sequel to The Rocky Horror Picture Show, where he played two twin characters and sang a duet with himself; and Flight of the Navigator (1986) in which he played protagonist David’s father, Bill. Also in the 1980s, he made a guest appearance on Murder, She Wrote, like fellow Navigator actor Joey Cramer. In the 1989 Civil War film Glory, he played the controversial Union Colonel James Montgomery, who was portrayed in the film as mildly racist. Other projects included the films Suicide Kings (1997) and Last Flight Out (2004).

He has guest-starred on Star Trek: Deep Space Nine (in the episode “Vortex”); as reporter Chuck DePalma in four episodes of JAG; and as Amber Ashby’s kidnapper, John Bonacheck, on The Young and the Restless in 2007. In 2010, DeYoung appeared in Monte Hellman’s independent romantic thriller Road to Nowhere. In the 2014 film Wild he played Ed, a summer resident of the Kennedy Meadows campground on the Pacific Crest Trail.

1 If I Could Put You In My Song

2 She Bent Me Straight Again

3 You Will Never Know

8 If You Love Me Tonight