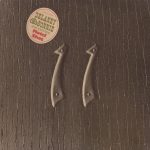 In the liner notes, Delaney Bramlett dedicates the album to “My mom who sang alto.” Bonnie Bramlett wrote “If this album can make one person feel half of what I felt on this session, then I am happy. It is to all of you with love.”

The album reached #65 on the Billboard album chart, and includes Delaney and Bonnie’s biggest chart single, “Never Ending Song of Love”, which peaked at #13. “Never Ending Song of Love” would immediately become a popular tune to cover, with hit versions being recorded by The New Seekers and Dickey Lee at the same time as Delaney & Bonnie’s version (each becoming a hit in different markets) and the Osmond Brothers having a minor hit with it a decade later.