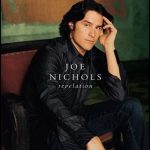 Revelation is the third studio album by country music artist Joe Nichols, released in 2004 on Universal South Records. It produced two singles on the Billboard Hot Country Songs charts: “If Nobody Believed in You” at number 10 and “What’s a Guy Gotta Do” at number 4. Also included is “Farewell Party”, a cover of a Gene Watson hit single.

“A Singer in a Band” was previously recorded by Mark Wills on his 2003 album And the Crowd Goes Wild. “Don’t Ruin It for the Rest of Us” was also recorded the same year by Mark Chesnutt on his album Savin’ the Honky Tonk. “If I Ever Get Her Back” was previously recorded by Billy Yates on his 2001 album If I Could Go Back. “No Time to Cry” was recorded by Iris DeMent on her 1993 album My Life, and the title track was originally recorded by Waylon Jennings on his 1972 album Ladies Love Outlaws. In addition, The Oak Ridge Boys later recorded “The Shade” on their 2011 album It’s Only Natural.