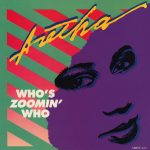 “Who’s Zoomin’ Who” is a song performed by American singer Aretha Franklin. It was written by Franklin, Preston Glass, and Narada Michael Walden for her 1985 album of the same name, with production overseen by Walden. Released as the follow-up single to Franklin’s chart-topping smash “Freeway of Love”, it reached the number 7 the US Billboard Hot 100 chart that same year. Elsewhere, the synth pop song entered the top twenty in Ireland and the United Kingdom. 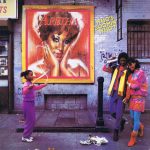