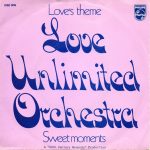 The recording, with a large string orchestra, wah-wah guitar, and big rhythm, is considered to be an influence to the disco sound, which would explode in popularity the following year. The song was also popular on the Adult Contemporary chart in the U.S., where the song spent two weeks at #1. It was also used by ABC Sports for many years as the opening theme music for its golf coverage. New York television station WPIX used it as the closing music for its then-Action News franchise during the mid-1970s. In Canada, the single saw similar success, reaching #1 on the RPM 100 National Singles Chart on March 2, 1974.

In addition, “Love’s Theme” was also recorded in a vocal version by Love Unlimited (on their 1974 album In Heat). Andy Williams released a vocal version in May of 1974 that reached #16 on the adult contemporary chart in the United States. Enoch Light recorded an electro-disco instrumental version of the song on his 1977 album, Disco Disque. The song is also part of Meco’s instrumental medley “Hooked On Instrumentals Part I” (from the 1985 album Hooked On Instrumentals). In May 1993, Orchestral Manoeuvres in the Dark released the single “Dream of Me (Based on Love’s Theme)” (from their album Liberator, released the same year) which used a sample of this Barry White composition. This single reached #24 on the UK Singles Chart, and Barry White was given a writing credit. 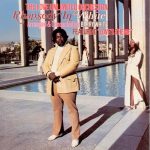