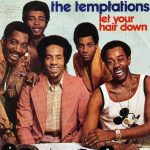 “Let Your Hair Down” is a 1973 single by American vocal group The Temptations. Dennis Edwards sings lead on the song and the group is backed by Rose Royce on the track. The song originally appeared on the Temptations 1973 album, 1990. Released as a single in November of that year, it reached the number one spot on the R&B Singles Chart in February 1974 (their last R&B #1 with collaborator Norman Whitfield) but was less successful on the Pop Singles Chart, stalling at #27. Funk singer Yvonne Fair also recorded the song for her debut (and only) album, 1975’s The Bitch is Black. 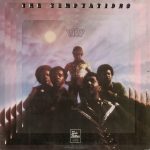