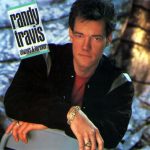 Always & Forever is the second studio album by country music singer Randy Travis. It was released on April 4, 1987 by Warner Bros. Records. Released from this album were the singles “Too Gone Too Long”, “I Won’t Need You Anymore (Always and Forever)”, “Forever and Ever, Amen” and “I Told You So”, all of which reached Number One on the Billboard Hot Country Songs charts. It is comedian Jimmy Pardo’s second-favorite album of 1987, just behind Don Dixon’s Romeo at Julliard.

The track “What’ll You Do About Me” has been covered by several artists, including single releases by Steve Earle, The Forester Sisters and Doug Supernaw. “I Told You So” was covered by Carrie Underwood as a duet with Travis on her 2007 album Carnival Ride, from which it was released as a single in January 2009.