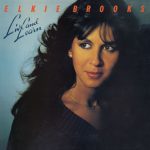 Live and Learn is an album by Elkie Brooks, released in 1979.

Released on the back of two hit singles (“Don’t Cry Out Loud” and “The Runaway”), A&M released Live and Learn choosing to omit these songs. Leiber & Stoller made returned as producers for the album and gave it a distinct funk and disco feel which, after the middle of the road offerings of the non-album singles, perhaps alienated some of her fanbase. Neither of the singles from this album made the charts which made promotion for this album problematic. As Elkie had become pregnant during the recording A&M, decided to pull back the promotion even further. However, she did continue to perform live until late in her pregnancy.

3 He Could Of Been An Army

4 The Rising Cost Of Love

8 The Heartache Is On